by Circle of Dust 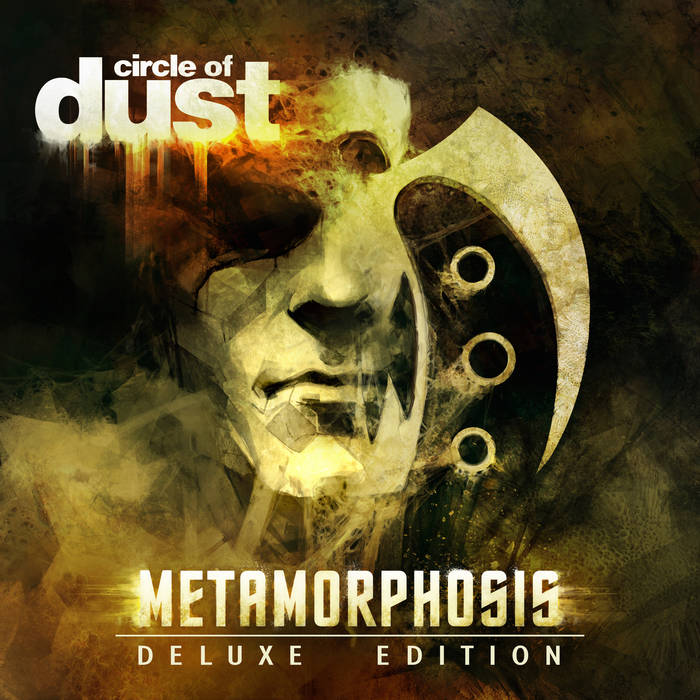 サヅジン A mysterious creation. I'd describe the album's content as as an image of musty decay, a mesmerizing trip through the wasteland, a dream. Still industrial, but darker, and deadlier. Nihilistic Void is a song containing everything I love about old Circle Of Dust. The remixes are expanding an impression of metamorphosis. Favorite track: Nihilistic Void.

dsonner Here is your first and final warning. Do not...I repeat do not...play this in your car if you are already angry. If you work around hazardous chemicals, sharp knives, or if you deal with the general public on a regular basis, use extreme caution if listening to this at work. If you are one of those guys on a submarine that can launch nuclear missiles, just don't listen to this album. Use caution when operating heavy machinery while using Metamorphosis. Alcohol may intensify effect. Favorite track: Never.

Dustfan I bought this on cassette at a live show back in the day and never really knew it's story. So I appreciate the description clearing up some confusion. Heldweller, Nihilistic Void and Daraq are all excellent original CoD tracks that live up to his previous work. The remixes are all very good as well, especially Descend. But Black Veil may be the most interesting. I mean, how do you incorporate acoustic guitar into Industrial? Well, Klayton figured it out. A must own for fans of Industrial Metal. Favorite track: Daraq.

boz_man This album is truly a standout in the metal community. Heavy metal remixes? Who does that? Klayton. Who is likely the only person on the planet who can make it work? Klayton. This album is simply amazing. Favorite track: Nihilistic Void.

Scrivener In retrospect I should have only purchased single tracks in this case, because I bought this entire album just to listen to Bed of Nails.

Metamorphosis - the third album released from Circle of Dust - was a rare gem among Klayton’s early discography that has been shrouded in confusion and mystery. A pseudo-compilation album featuring remixes from Circle of Dust (self-titled) and Brainchild, along with remixes of (at-the-time) Death Metal label-mates Living Sacrifice, were brought together being remixed/produced by Klayton. Despite the confusion, this album served as the spark that ignited Klayton’s pioneering spirit into genre-mashing remixes that took existing ideas of both his own and others, flipped them on their head, and produced something no one other than himself could have ever imagined.

Along with the remixes found on Metamorphosis, three original tracks from Circle of Dust – "Heldweller," "Nihilistic Void," & "Daraq" – found their home on this titanic release and have been joined in the re-release by other rarities such as the custom album intro track "Emerge" that Klayton created for Living Sacrifice’s 1992 album Nonexistent, "Never" a single from a brief side-project Klayton created called Rivot, and a Circle of Dust remix of lvl’s "Backslide."

Not only has Metamorphosis been remastered, undergoing complete sonic overhaul, but now includes a brand new remix from Blue Stahli, a 1987 cassette demo of "Heldweller," Argyle Park-era collaboration demos between Klayton and Tommy Victor of Prong, and of course - more of the unreleased, archival "Dust" demos.

Circle of Dust, the 90s industrial / electronic-rock project created by Klayton, marked the beginning of the musical career of the man who later went on to create Celldweller. Now after 20 years, Circle of Dust is back. ... more

Bandcamp Daily  your guide to the world of Bandcamp

Featured sounds from Fly Lo and Ahmed Idris, plus Mother Nature hops on to drop off new project